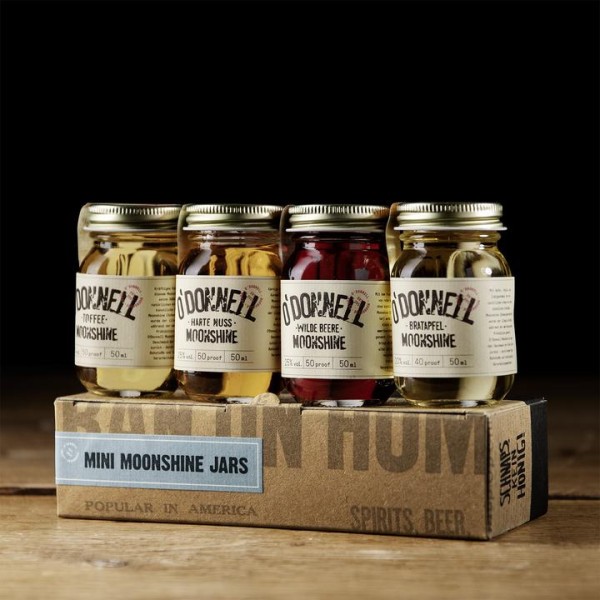 The popular O'Donnell Moonshine Design now also in miniature size: 4 small Mason Jars (50ml) in different flavours - something for everyone! Whether the bestseller "hard nut" (liqueur, 20% vol.) with pithy hazelnut and fine caramel, the fruity "wild berry" (liqueur, 25% vol.) with raspberry, grape and blackberry, the winterly "baked apple" (liqueur, 20% vol.) with almond, vanilla and cinamonn or the caramel taste "toffee" (liqueur, 25% vol.), this pack of 4 offers inspiration for various cocktails and is ideal for your own consumption or as a gift idea. O'Donnell uses only the best ingredients and no artificial flavours or colourings for the production.

€75.00 *
Bon Parfumeur Fragrance 702
From €44.00 *
This website uses cookies, which are necessary for the technical operation of the website and are always set. Other cookies, which increase the usability of this website, serve for direct advertising or simplify interaction with other websites and social networks, will only be used with your consent.
Accept all
Configure