Selvedge/self-edge or Selvage denim are still made with a traditional loom, which makes them slower, more dense and gives them a more distinctive, uneven pattern. In addition, this jeans style is rolled up to show the Selvage selvedge as a quality feature.

The picture above shows an example of a Selvage selvedge on a blue jeans. Traditionally only white yarn was used to make the selvage, but over time other Selvage species such as the Red Selvage or the Rainbow Selvage have become popular. Only different coloured yarns are used, this is a purely optical deviation and offers the same quality. The second picture shows a Rainbow Denim of the brand Edwin. 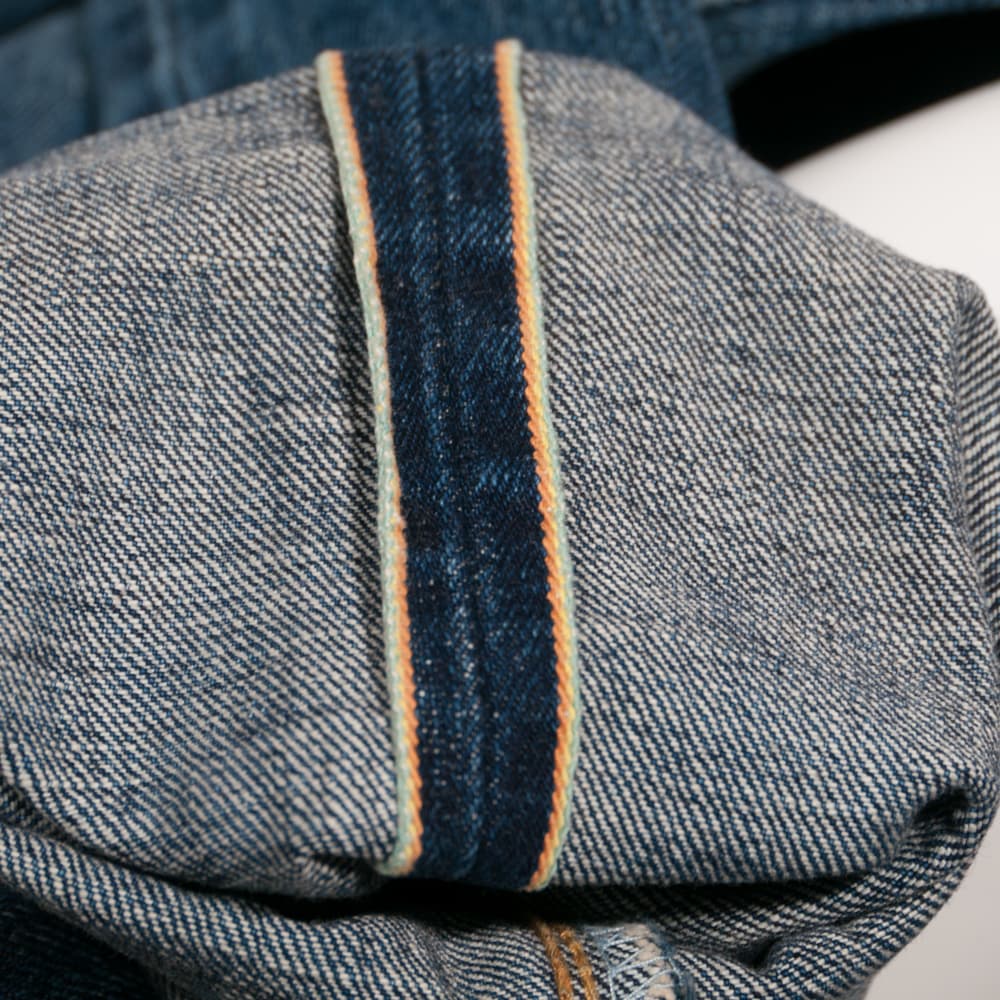