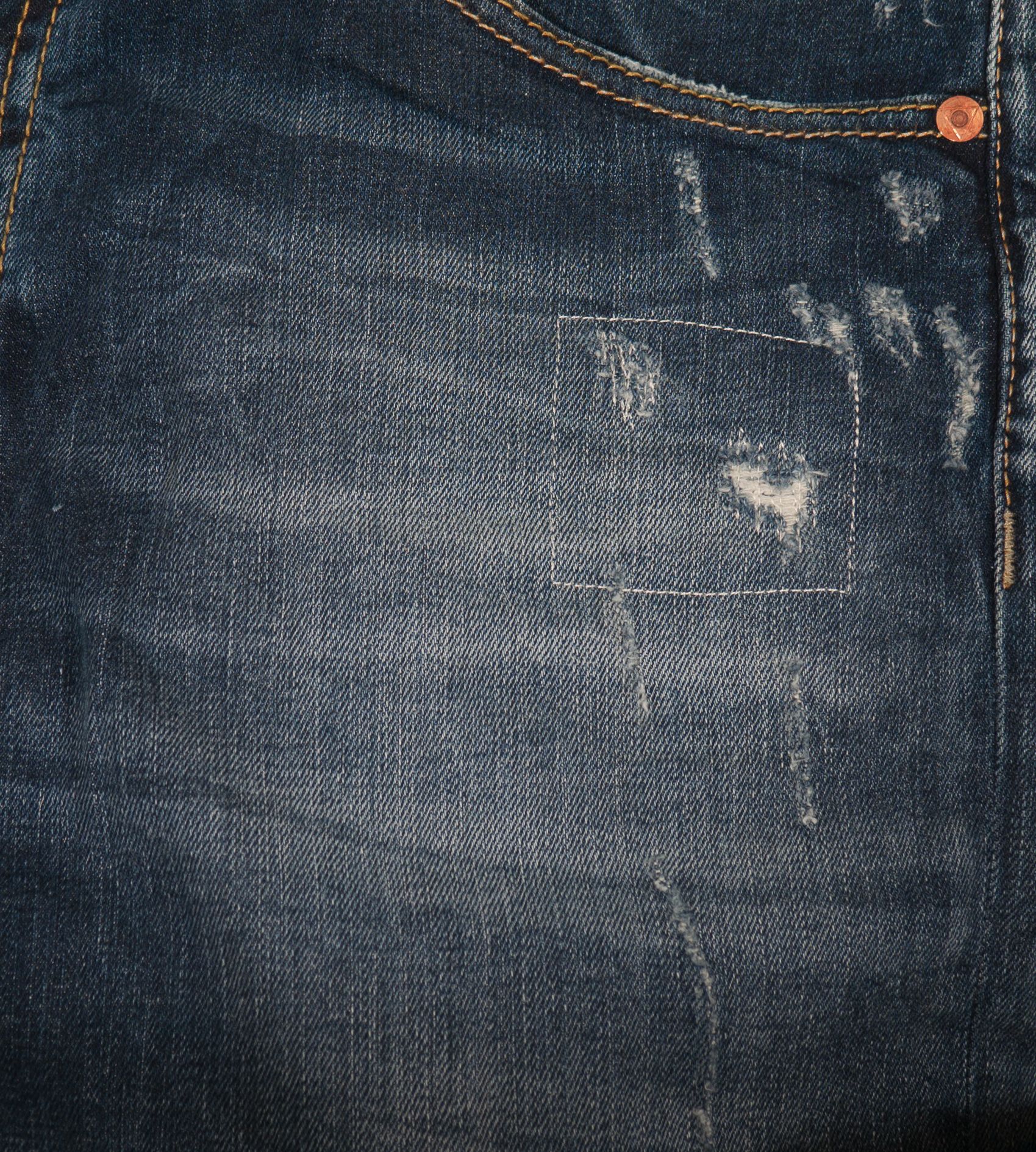 Stone washing is a wash for jeans that makes them look older and used (aged look). A direct translation means "washing with stones", which describes this process quite exactly. First, the use of the jeans was created by washing the newly produced jeans with pumice stones, but this process required and promoted an enormous amount of pumice stones. Over time, alternatives for the use of the stones were sought and found. As an alternative, sandblasting was used for precise application, which made it possible to produce very specific patterns. Also different chemicals and enzymes were used, which led to the fact that less pumice stones had to be used.

This method of artificial ageing of the jeans is only possible due to the dyeing method. Denim fabrics are only dyed on the surface, which brings out the natural light colour of the cotton after the indigo dye has worn off. These traces of use are therefore normal and will appear sooner or later in every jeans, also in the non-industrially washed raw jeans. Stone washing is just one way to accelerate this process.

This website uses cookies, which are necessary for the technical operation of the website and are always set. Other cookies, which increase the usability of this website, serve for direct advertising or simplify interaction with other websites and social networks, will only be used with your consent.
Configure Accept all