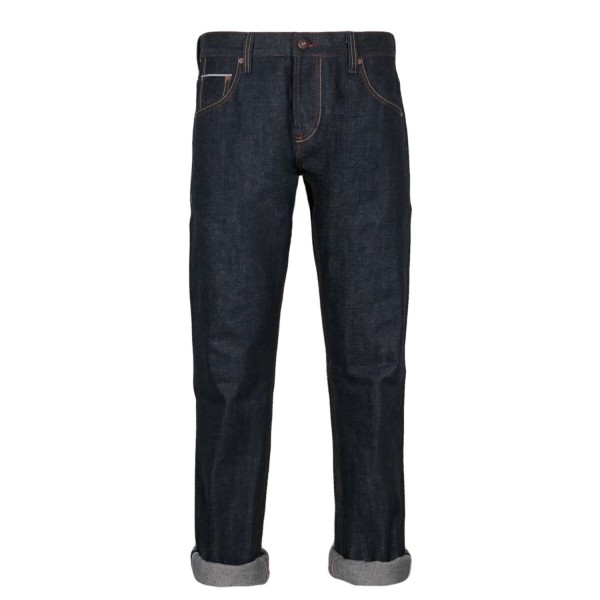 Blaumann jeans have not been subjected to industrial washing.
This means that the trousers are still in the original condition of the woven fabric, i.e. stiff and deep blue. The best look of Blaumann jeans is achieved by wearing the trousers unwashed for the first 6-8 months if possible (the longer the better). If the trousers are to be washed, make sure to treat them with a gentle wash cycle at 30 degrees on the left. Then leave them to air-dry lying down (no spin-drying, no tumble-drying!). After this first household wash, all individual wear marks that are artificially created by industrial washing of conventional jeans (used-look) will come into their own.

If this recommendation is followed, the trousers shrink by approx. 3% in length. Therefore, the delivery takes place with turned-down hem. Due to the untreated denim fabric, the fabric tends to lose colour. Please note that the jeans may also stain to lighter clothing/furniture after the first wash. 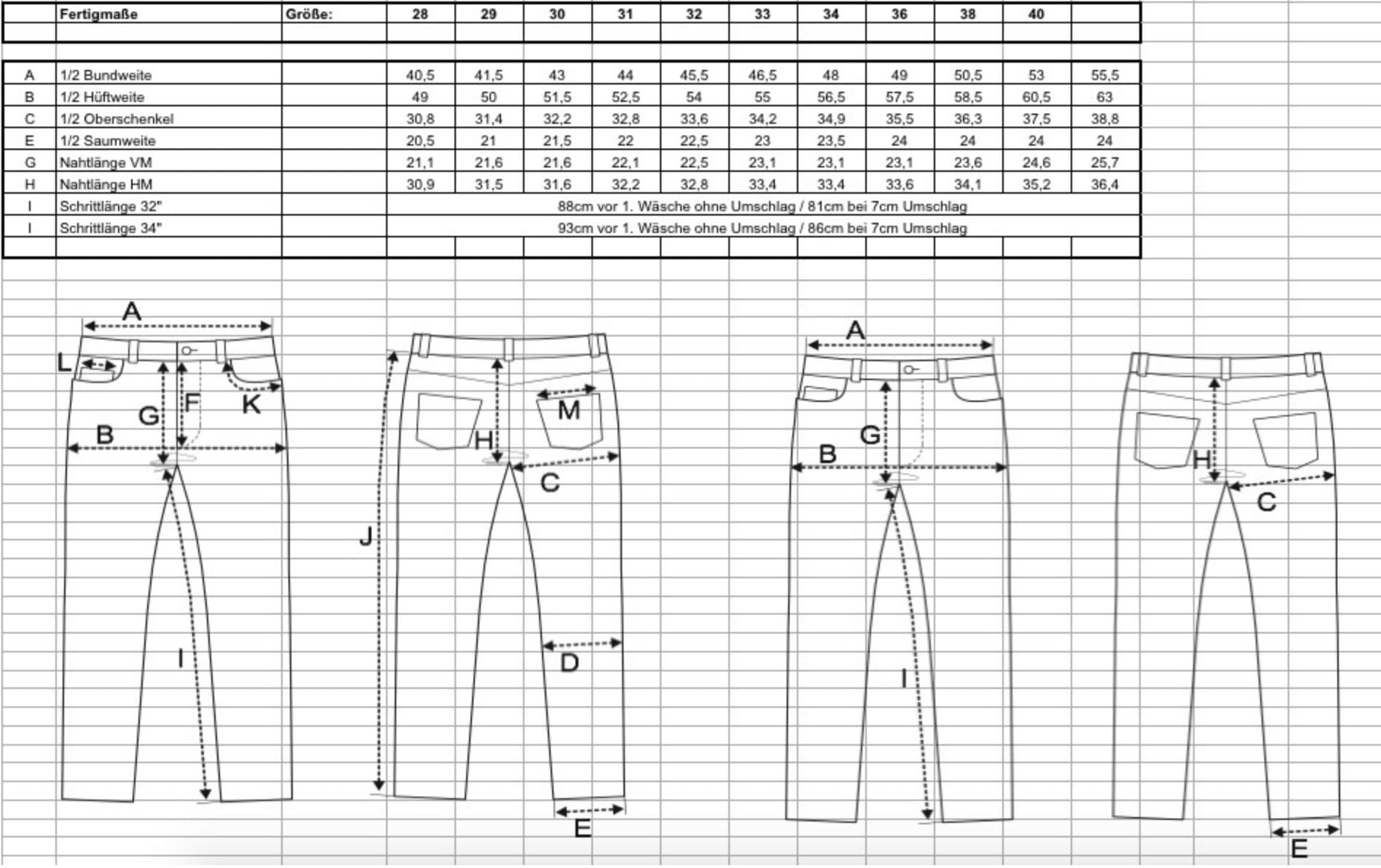 Denim weaving mills no longer exist in Germany, which is why we source our fabrics from hand-picked producers in Japan and Italy. Japanese denim is considered to be the highest quality denim fabric in the world, characterised by special spinning processes, the highest quality cotton fibres and special dyeing processes. This level is only reached by very few producers outside Japan, namely in the USA and Italy. The origin of the fabrics we use can be found in our online shop.

WHO ARE WE?
The four blue men already had the idea for traditional jeans in 2013. The experts from the textile and media sector came together and committed themselves to the vision of bringing the jeans trade back to Germany. With the Blaumann denim trousers brand you have launched a unique product for denim lovers.

WHY PRODUCING JEANS IN GERMANY?
Well over 100 million* jeans are imported into Germany every year. The large number of jeans brands is now hardly manageable. However, the method of production and the way in which they are made have remained the same and are comparable, as have the production locations in well-known countries such as Bangladesh, Pakistan and India. As is now known, most of the time under very dubious conditions.
2006: 141.5 million jeans /source stat. Federal Office

WHAT DO WE DO DIFFERENTLY?
The traditional production of the new jeans brand takes place exclusively in German clothing factories and stands for unconditional quality. Ingredients such as yarns, buttons and leather labels also come from Germany. Contrary to the industry trend, the Blaumänner are breaking completely new ground and have consciously opted for transparent and sustainable production in Germany.