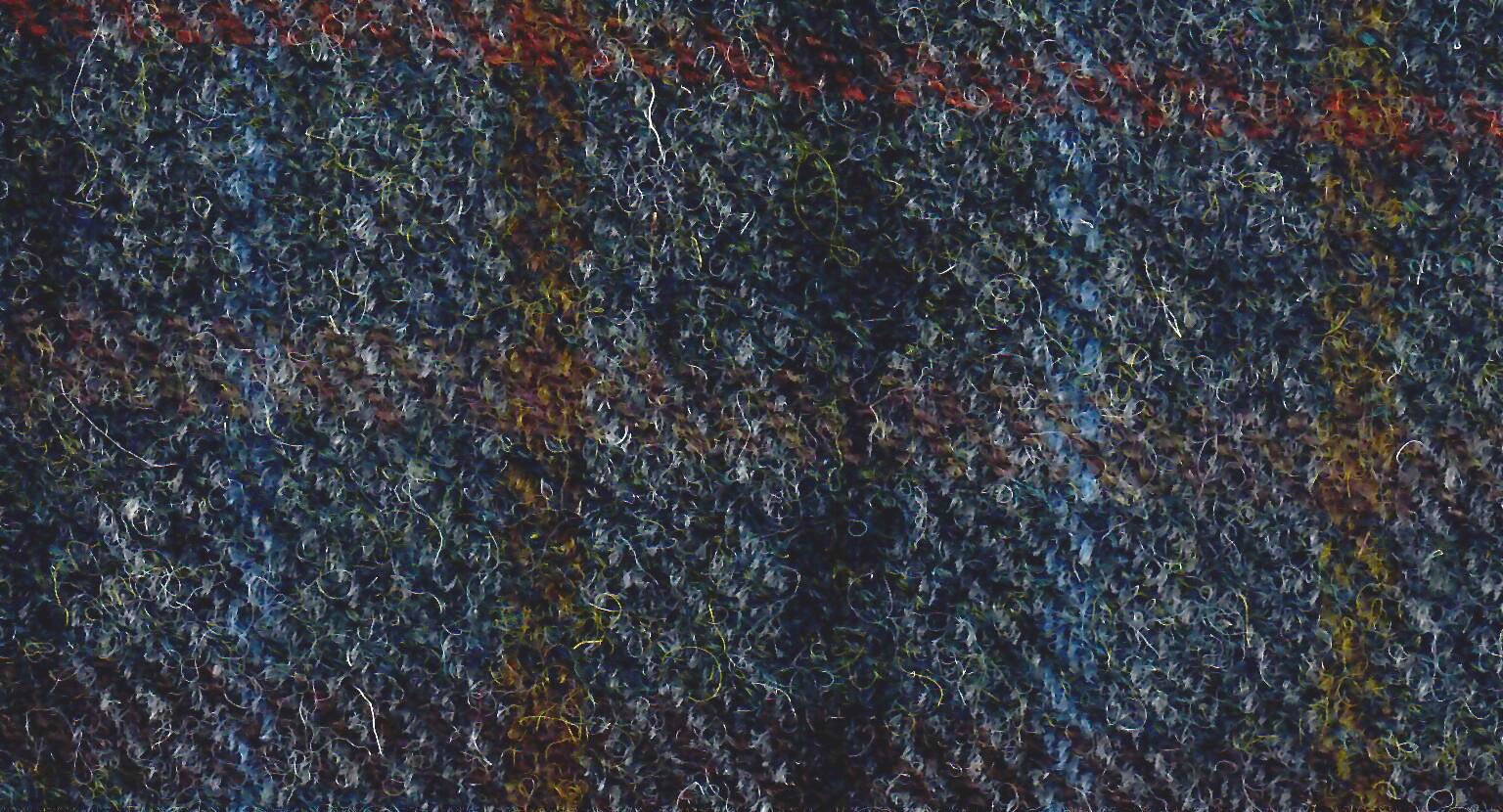 The original Harris Tweed is made only in the outer Hebrides on the left edge of Scotland and exclusively in homemade.

The definition from 1993 is as follows:

"Harris Tweed is a fabric woven by the islanders of Lewis, Harris, Uist and Barra in their homes from pure new wool dyed and spun in the Outer Hebrides." (Wikipedia)

The trademark is a label of authenticity that bears the Orb (an orb), which is sewn onto each garment.

Tweed has always been woven in Scotland. As weaving by hand became uneconomical in the age of the Industrial Revolution, weaving machines replaced the old loom in many places. Only in the outer Hebrides was this old production method retained - they have always been known for their good quality.

At the end of the 19th century tweed production began. At that time Lady Dunmore owned the islands of Harris and Lewis. But since there was not much going on there economically and everything had to be shipped back and forth with a lot of effort, Lady Dunmore had the idea to introduce the tweed from Harris and Lewis to the better society in London. Thus it came after an increased demand of the Harris tweed and thus to a more economic use of the outer Hebrides.

Since 1910 Harris Tweed has been recognized as a protected brand and may only be produced on these two islands in homework on old looms - just like 100 years ago.

A special feature is the weaving width of only 75 cm. Since only the narrow looms could be used in the home. This is still the case today.

Another special feature of Harris tweed is the dyeing. Here not the yarn is dyed, but the wool fleece. The approximately 30 basic colours are dyed in so-called "mills", then cut, mixed and spun, which means that the subsequent woollen yarns consist of a mixture of up to nine different colours. These yarns are then woven into lengths of fabric using specific weaving patterns.

Tweed has always been used to withstand the harsh conditions of the Scottish countryside in everyday life. It is robust, wind and water repellent and durable. Due to its wide range of colours, tweed has also always been popular with hunters and pet owners, as additional animal hairs are hardly noticeable.

We were on the islands of Harris and Lewis and we took a look at the production and made a little film about it. Click here for the report.

Wigens Newsboy Classic Cap Harris Tweed Checked
Thanks to its classic design, the Wigens balloon cap can be combined with almost any wardrobe. Ideal slider cap for the transition period or winter from the original Harris Tweed from the outer Hebrides off Scotland. The model...
€99.95 *
This website uses cookies, which are necessary for the technical operation of the website and are always set. Other cookies, which increase the usability of this website, serve for direct advertising or simplify interaction with other websites and social networks, will only be used with your consent.
Configure Accept all